Guess What Day it is.... Daring Baker Reveal date! (FINALLY!) I completed my challenge on Groundhog Day (Feb. 2nd) and have had to wait 25 days to share it with you all.

There is this little bakery on main street in my home town and they make some amazing cheese buns... and apple struddel. But most of all they make these amazing cookies called Rolled Florentines. But while they are amazing, they are pretty expensive too. And because they are expensive, My mom and I have always wanted to make our own. (My mom has worked in a bakery for about 10-15 years, so she is my source of information for most things baking related). So when I got the challenge on the 1st, I called her right away and told her that she was helping me this month and we were finally going to make our rolled Florentines.

Just quickly before I get to the challenge, There is a bakery in Calgary that sells Rolled Florentines too. And they are just as good, or possibly better than the ones from my hometown. Its called the Glamorgan Bakery. And you should go and try some of these cookies... Don't buy to many, because they are so good, you won't want to share.

But now, onto the Challenge.

The February 2011 Daring Bakers’ Challenge was hosted by Mallory from A Sofa in the Kitchen. She chose to challenge everyone to make Panna Cotta from a Giada De Laurentiis recipe and Nestle Florentine Cookies.

I have never had Panna Cotta, and so I was completely in the dark on that half of the challenge. Because of this, I stuck right to the recipe and didn't change anything. And It turned out amazing. Alot like my memory of Devon Custard from when I was living in England. By the way, If anyone knows where I could find some Ambrosia Devon Custard in Calgary, that would be incredible! 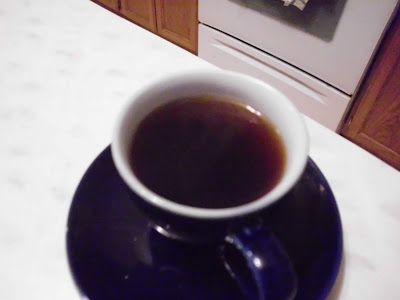 Because it was a pretty easy challenge, I wanted to do a little more than just the basic, plain panna cotta. So while I was sipping a homemade esspresso, I decided to make the coffee Gelle (...that Mallory included in the challenge) and play with layering a little, since I have never done this, and the whole point is to be challenged. 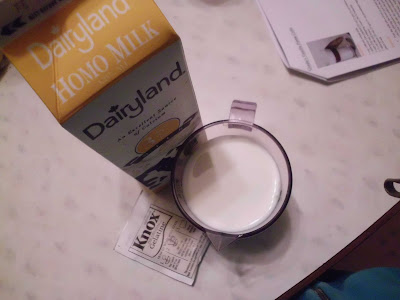 I have never bought geletin, or Homo (*insert childish laugh here*) milk before. "Homo milk" is how you say "whole milk" in Canadian. The Homo milk was easy to find in the grocery store... But the Geletin was tricky. It took 3 helpful good sameritan senior ladies who are friends with my grandma, 2 of my mom's co-workers in teh grocery store, and then my mom and I and about 20 minutes to find the geletin. Hidden behind the Cherry Jell-O... and not anywhere near where it was suposed to be. Eventually we found it, and I thanked everyone.

(I do promise that I attempted to take picutres of the whole panna cotta creation process, but It was 11pm, and the light was shit, so the pictures look about the same. Because of this, I'm not going to bother posting them here). 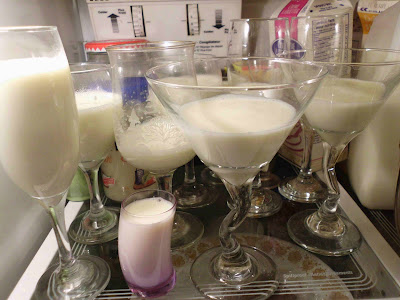 After they were set up enough (which took alot longer than I thought it would). I put the Espresso Gelee on top. I wanted to try putting some panna cotta ontop of some of them again, but it was 1am by this point, and sleep was much more important. 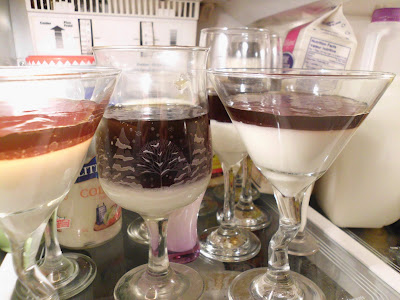 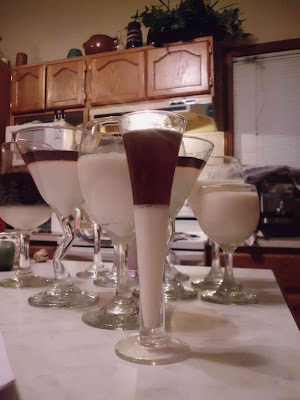 They were very yummy, and if you are like me, and have never tried Panna Cotta... Then you should try and make this recipe. It is very easy and it really only takes alot of paitence before you can have your creamy treat.

We made Rolled Florentines with Mocha Buttercream filling.
The only thing I changed was to use some ground Almonds instead of rolled oats. We figured it would be easier for the rolling if everything was a consistant batter, instead of with big pieces of oats getting in the way.
In all my florentine googling, I learned that Florentines are actually French, not Italian. Apparently they have been traced to the kitchens of Louis XIV (the 14th) where they were made for Medici princes who were visiting. The Medici then took them back to Florence with them 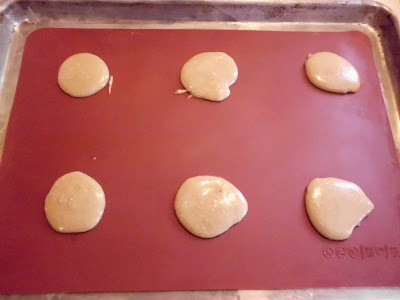 The trick to rolling is to work in small batches. We worked with 6 at a time... Leave alot of room between them because they will spread. AND its probably best to put a little less batter than you think at first, because of the spreading that happens. 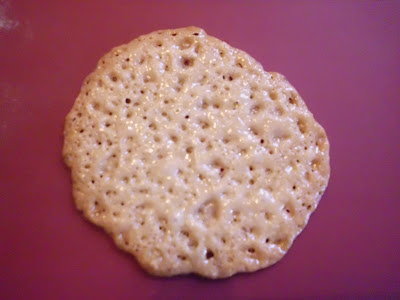 You have to roll them while they are still warm and pliable, but they also have to be cool enough that they have set up a little, and so you won't burn your hand. 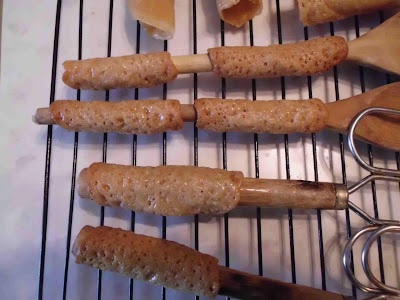 Roll them around wooden spoons or other round handle utencils. Or you could go to the hardware store and buy wooden dowling. Leave the cookies to cool a little on the handles, or else they will sink. 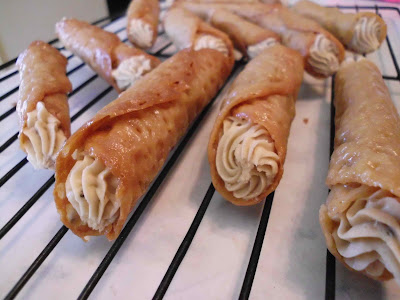 My Buttercream recipe really kind of sucked, So I'm not going to post it (because I didn't write it down, mostly 'cuz it wasn't good). Any buttercream you like would probably work. Just put it in a pipping bag and then fill the Florentine rolls. Dip the ends in melted chocolate, let cool, and then Enjoy. 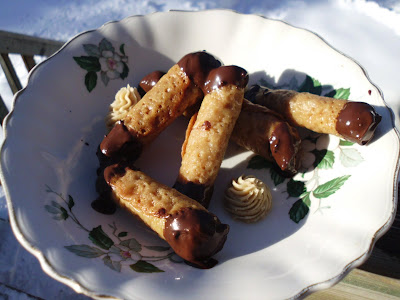 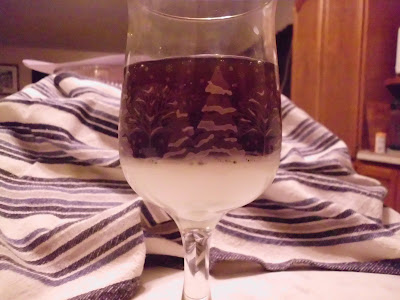 This is my favourite glass, and my designated wine glass at Christmas. Taste wise, it would've been better with more panna cotta and less Coffee jello... But it sure does look cool with the design on the glass showing up nicely.
Posted by Kendy at 8:06 AM 4 comments:

Other Blogs to Check out 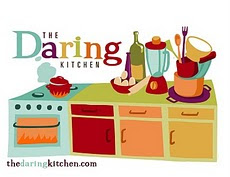